Andrew Pujol
Founder, President / CEO, Chairman of the Board 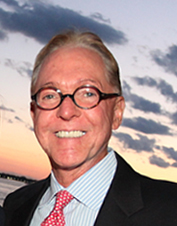 Andy Pujol is a successful business owner and the founder and president of Building Homes for Heroes®. The organization is rooted in Pujol’s personal involvement following the terrorist attacks of September 11, 2001. Pujol was among the first wave of volunteers in the search and rescue efforts at the World Trade Center, working alongside our first responders. That experience moved him to continue helping others, focusing his efforts on the severely wounded men and women of the U.S. military.

In 2006, Pujol founded Building Homes for Heroes. The national nonprofit organization exemplifies the patriotic spirit of charity that brought an entire nation together following 9/11. As CEO, Pujol oversees the day-to-day operations of the organization. To date, he has never received a single penny of compensation from the organization and volunteers his time entirely.

The organization has since reached many accomplishments, including an amazing 94% rating, among the highest of most charitable organizations in the country. As well, the organization recently reached a 96.32 overall charity score on Charity Navigator, including five straight years receiving a perfect five star rating. In 2022, the organization will construct, modify and gift its milestone 300th home while surpassing $100 million in program expense in support of our nation’s veterans, plus so much more.

Beyond the gifting of a home, Building Homes for Heroes helps veterans build better and brighter lives by supporting them with their careers, new business opportunities, educational opportunities training for competitive sports, annual team building events, financial planning, plus an emergency funding program that helped nearly 500 families during the height of the Covid crisis.

Building Homes for Heroes benefits from Pujol’s 30-plus years of leadership and business success. Since 1999, he has owned and operated VIP International. The company provides a complete line of logistics expertise, including international air and ocean cargo handling services for brand name importers across the United States.