HomeMeet Our HeroesUSMC Sergeant Brian Lowe
A- A A+ 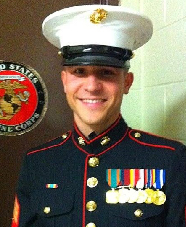 Marine Corps Sergeant Brian Lowe joined the military in May of 2008 out of West Palm Beach, Florida because he wanted to serve his country and protect the freedom of all Americans.

After returning from a tour in Afghanistan, Sergeant Lowe began experiencing a lot of pain and other symptoms. Shortly after, he was diagnosed with cancer, which was intensified by exposure during his tour.

Sergeant Lowe and his wife Viviana received a mortgage-free home in Florida.